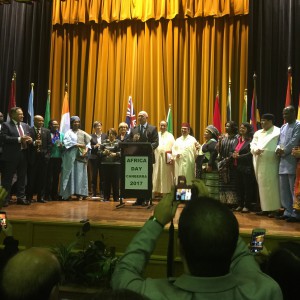 Ambassador Abdulhadi attended a reception for the occasion of Africa Day at Albert Hall, hosted by the Tunisian Ambassador, Dean of the African Group Heads of Mission.

The event showcased African culture through food and music. The speeches at the event highlighted the growing relations between Australia and the African countries, especially in the areas of climate change, poverty alleviation and counter terrorism.