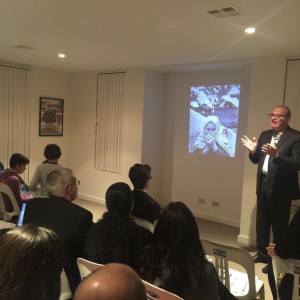 The Embassy of the State of Palestine hosted the Canberra Palestinian Community (CPC) commemoration of the 69th anniversary of the Nakba.

The event was widely attended by Palestinian community members, Arab diplomatic corps staff and other friends of Palestine. It included thoughtful presentations by children from the Palestinian community, a short video on the Nakba, speeches by Ambassador Abdulhadi and the CPC President, as well as a robust political discussion.