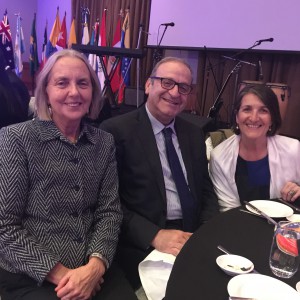 The event was widely attended by the International Diplomatic Corps, civil society organisations and Parliamentarians such as Ms Maria Vamvakinou MP and Senator Lee Rhiannon.