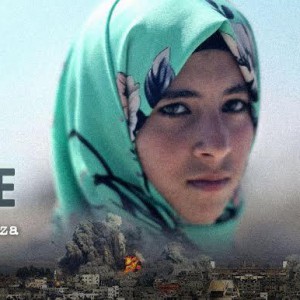 On the evening of Tuesday 22 May, the Parliamentary Friends of Palestine organised a screening of the 2017 documentary From Under the Rubble at Parliament House. Attended by over ninety people including MPs, Senators, Diplomats, NGO representatives and community supporters of the Palestinian cause, the film featured the story of the Samouni family in Gaza. 48 members of the Samounis were killed when the house they were herded into by the IDF was blown up during Israel’s 2008-09 war with Hamas.

Directed by Australian writer and producer Anne Tsoulis, the film is narrated in a raw and intimate way, largely by Amal Samouni, who was nine years old when the family house was shelled. Amal was buried under the rubble for four days, surrounded by the corpses of family members, until aid workers were finally permitted to enter the area and rescue her.

Anne’s intention to give a voice to the civilian casualties of war – particularly women and children – is commendable, and first-hand testimonies from the Norwegian physician Dr Mads Gilbert lend the film firm objective analysis, which adds to the horror of Israel’s crimes during the wars in the Strip. Intentional, unprovoked killings and child deaths undermine Israel’s ‘self-defense’ narrative; this film exposes that, calling into question the IDF’s use of disproportionate and indiscriminate force.