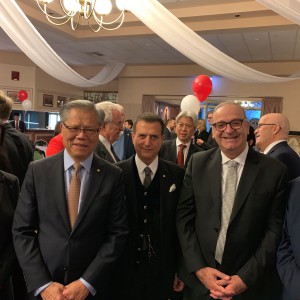 On Monday, 27 May, Ambassador Abdulhadi participated in an inspiring interfaith iftar dinner organized by the AACCI in Adelaide. The iftar was attended by the Governor of South Australia, H.E. Mr Hieu Van Le, the state ministers for trade and multiculturalism, and a number of SA MPs.

There was a focus on interfaith and interethnic understanding that was manifested in both the Governor’s speech (in which he highlighted the importance of cohesion and harmony to the success of Australian multiculturalism), and the presence of a large number of representatives of various religious and ethnic communities. Speakers also made mention of the pressing need to confront and eradicate all forms of hatred, extremism and terrorism.