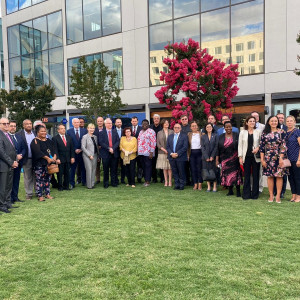 The day was organized by the Embassy of Hungry and included a reception and screening of the Film entitled: Son of Saul.

The reception and film were attended by a considerable number of the International Diplomatic Corps and other civil society organizations.