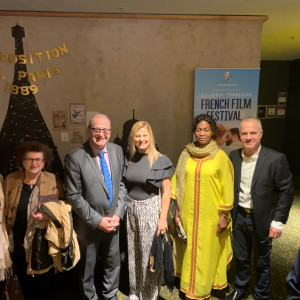 On March 20 in celebration of Francophonie Week, Ambassador Abdulhadi and the Embassy staff attended a screening of the Lebanese film, “Sous le ciel d’Alice” in Canberra.

The film screening was attended by a large audience of diplomats, civil society representatives, Arab and Lebanese communities.

The Ambassador of Lebanon delivered a speech in which he referred to the situation in Lebanon and the themes of the film.