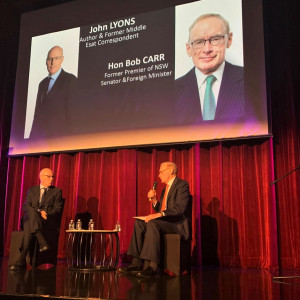 On November 11, the Palestinian Ambassador, Mrs Zeina Abdulhadi, and Counsellor Noura Saleh, participated in an important seminar on the influence of the pro-Israeli lobby in Australia.

The panel was moderated by the Honourable Bob Carr, former Premier of NSW, Senator, and Foreign Minister of Australia, who spoke with John Lyons, author and former Middle East correspondent, who wrote a book about the influence of the pro-Israeli lobby on Australian foreign policy.

Many political, academic and media representatives attended this important event, which was held in Sydney and organized by the Australian Arab Federation (AAF), an Australian non-governmental organization. 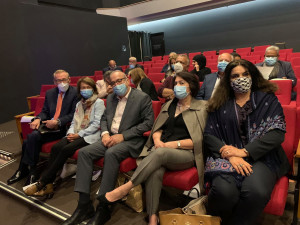