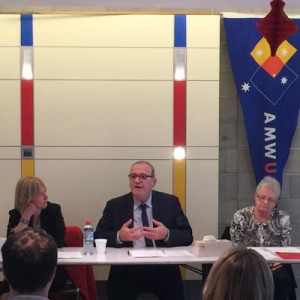 This meeting came in the wake of the adoption of the decision to consider recognizing Palestinian statehood should the labor party come to power.