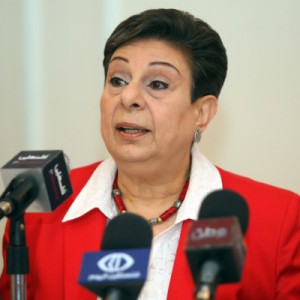 “Israel’s attempts to probe its acts of war crimes and terror against the Palestinians constitute a blatant mockery of justice and human rights.

With its latest report, ‘The 2014 Gaza Conflict: Factual and Legal Aspects,’ Israel is resorting to old tactics and blaming the victim. Rather than assuming responsibility for its eradication of entire families and the destruction of entire neighborhoods and infrastructure in Gaza last summer, Israel is exonerating itself and providing its military with ‘legal’ cover for committing war crimes and blatant violations of international law at the expense of the Palestinian people. Israel seeks to maintain its impunity and preempt any international verdicts that would lead to sanctions or punitive measures.”

The report is just one example of Israel’s continued attempts to avoid accountability for its political, legal and moral responsibility, particularly in relation to its military’s unlawful actions:
• Last week, the Israeli military cleared itself of any responsibility for the shelling and murder of the four children Ismail Mahmoud Bakr (9), Ahed Atef Bakr (10), Zakariya Ahed Bakr (10), and Mohammed Ramiz Bakr (11) and the injury of Motasem Bakr (11), Hamed Bakr (13) and Mohammad Abu Wafah (21) on Gaza Beach during Israel’s horrific attack on Gaza last summer.
• Earlier this month, the Israeli military pardoned the soldier involved in the extrajudicial killing of Palestinian Minister and Head of the Committee against the Wall and Settlements, Ziad Abu Ein, who died after being severely beaten by Israeli forces and suffering from tear gas inhalation during a non-violent activity where Palestinians were planting olive trees in Turmus’ayya.
• In April, the Israeli Givati Brigade conducted an investigation into ’Black Friday’ which resulted in the killing of 190 Palestinians (at least 49 of the victims were children) in Rafah on August 1. The report stated that the use of fire was ‘proportionate,’ and commanders have claimed there is no need for opening future investigations. Furthermore, in January, Israeli Defense Minister Moshe Ya’alon stated, ‘This is an operational incident where certain decisions were made, and it’s not something to be examined with criminal tools. It should be investigated with command tools, in order to improve next time.’
• On February 12, 2015, the Israeli Supreme Court rejected the appeal by the Rachel Corrie family who sought to hold Israel accountable for the brutal killing of Rachel who died as she was crushed by a military bulldozer in Rafah on March 12, 2003. The Supreme Court upheld the decision of a lower Israeli court and claimed that the Israeli military is not liable for damages during ‘wartime activity.’ In addition, the court president, Mariam Noar, and Justices Esther Hayot and Zvi Zilbertal refused to apply international humanitarian law or international rights law to the case.
“Israel should be subject to legal accountability, particularly at the International Criminal Court. All members of the international community, including the United Nations, European Union and United States, are called upon to take immediate action and undertake punitive measures required to hold Israel accountable for its violations of international law and conventions.

We will remain persistent and undeterred in our efforts to seek justice for all Palestinians who have suffered as a result of Israel’s military occupation, ethnic cleansing and war crimes,” concluded Dr. Ashrawi.