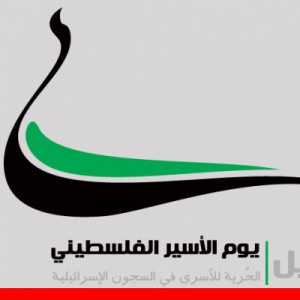 “Today, we honor and express our solidarity with all Palestinians who have been and continue to be imprisoned in Israeli jails. We commend their steadfastness, courage and determination in defiance of Israel’s military occupation and system of enslavement and apartheid.

Since the 1967 Israeli occupation of the West Bank (including East Jerusalem) and theGaza Strip, more than 800,000 Palestinians have been arrested by Israel, and more than 60 Palestinian prisoners have died in Israeli prisons due to deliberate medical negligence. Every Palestinian family has been affected by this grave and heart-wrenching matter— according to OCHA, more than 70 percent of Palestinian families have had at least onefamily member detained at some stage.

The PLO remains committed to ensuring the safe and unconditional release of all 6,000 Palestinian political prisoners, including 24 women, 200 minors, 14 Palestinian MPs, 450 administrative detainees, 600 patient prisoners (160 of whom suffer from serious and chronic conditions) and 20 journalists; this remains a toppriority for the Palestinian leadership, and even though Israel continues to renege on its promise to freeing Palestinian prisoners, we will never cease our peaceful and diplomatic efforts to seek freedom and justice for all Palestinian prisoners and their families.

We call on all members of the international community to act on the basis of justice and human rights and bring Israel to compliance for its willful breach of the rights and lives of Palestinian political prisoners, including the arbitrary arrests of Palestinians, Israel’s continued use of administration detention and solidarity confinement, the ill-treatment, abuse and torture of Palestinian men, women, children, and the elderly, the transfer of detainees from occupied Palestine to Israel, the deliberate medical neglect and lack of health care for Palestinians, and the constant prevention of visitations by family members, among other flagrant violations.

We also ask for immediate international intervention in reference to Israel’s continued imprisonment of the 14 members of the Palestinian Legislative Council, in particular Marwan Barghouthi, Dr. Aziz Dweik (Speaker of the PLC), Khalida Jarrar, and Ahmad Sa’dat; Israel must be brought to adhere to international norms regarding the immunity of elected officials.

It is high time for Israel’s captivity of the Palestinian people to end at all levels.”