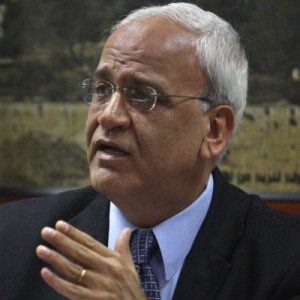 The massacre of Sabra and Shatila (Beirut, 1982) has become a symbol of forced Palestinian displacement. Thousands of defenseless civilians came under fire and were slaughtered in an area fully controlled by the Israeli Occupation Forces. The perpetrators of such massacre were never prosecuted, on the contrary, they were even promoted within their ranks for the attack. The Israeli commander in charge of the area, Ariel Sharon, became Prime Minister of Israel, who despite attempts to try him in Belgium on the international legal principle of universal jurisdiction, died last year without paying any price for the order given to carry out the massacre.

In order for peace to prevail, the world must support justice for all, rather than allow for injustice against one, perpetrated through Israeli crimes. In an effort to defend our peoples’ rights, the State of Palestine has joined the International Criminal Court and provided the Court with comprehensive information about crimes committed against the people of Palestine.

In light of the latest wave of Israeli crimes, the worst since 1969 according to the head of the Heritage and Manuscripts Department of the Al-Aqsa Mosque Compound, the PLO Executive Committee resolved to convey the matter of Israeli attacks against Jerusalem and its Holy Sites, particularly against the Al Aqsa Mosque Compound, to the Security Council. Israeli attempts at changing Jerusalem’s status quo will be met with more Palestinian steadfastness on the ground, including legal and political efforts to end Israel’s culture of impunity. Israeli attempts at turning Jerusalem into an exclusively Jewish city are part of Israel’s attempts at being recognized as a “Jewish State,” something the State of Palestine rejects for this being a clear step toward erasing Palestinian history, consolidating discrimination against Palestinian citizens of Israel, negating Palestinian refugee rights, and in direct conflict with the principles of democracy.

Impunity only incentivizes Israeli violations of international law. While marking 33 years of the massacre of Sabra and Shatila, and in the middle of an escalation of Israeli attacks against Jerusalem in general and the Al-Aqsa Mosque Compound in particular, we call upon the world to assume its responsibility, fully recognize the State of Palestine on the 1967 border, ban settlement products as well as to divest from companies profiting from the situation of occupation, colonization and Apartheid imposed by Israel in Palestine.