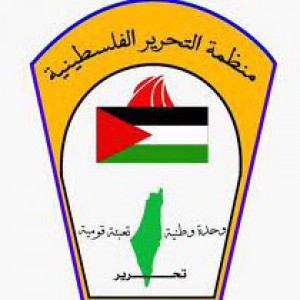 On April 13, 2015, foreign ministers representing 16 out of 28 European Union (EU) Member States sent a letter to High Representative of the EU for Foreign Affairs and Security Policy and Vice-President of the European Commission Federica Mogherini requesting that she take “the lead” and complete the “important work on labeling of settlement produce/products.”

The PLO Executive Committee welcomes the letter, and calls on the European Commission to move forward with adopting binding policy decisions and concrete measures concerning illegal Israeli settlements and the correct and proper labeling of their goods and products.

It is irrefutable that Israeli settlements in the Occupied Palestinian Territory have been established in flagrant breach of international law. Israeli settlement activity violates article 49, paragraph 6, of the Fourth Geneva Convention, which bans an occupying power from transferring its population into the occupied territory.

The EU has repeatedly articulated that all settlements are illegal under international law. More recently, in a statement published on November 5, 2014 in response to the approval of the construction of 500 new units in the illegal settlement of Ramat Shlomo, High Representative Mogherini called on Israel to “put an end to its settlement policy in East Jerusalem and in the West Bank."

Previously, EU legislation has not been obligatory or binding. However, in the case of illegal settlement products and goods, the PLO Executive Committee requests that all EU Member States implement Directive 2000/13/EC of the European Parliament and of the Council of 20 March 2000.

Under Article 3(1)(8) of the Directive, it is required to label foodstuffs with the proper “place of origin or provenance where failure to give such particulars might mislead the consumer to a material degree as to the true origin or provenance of the foodstuff.” In addition, the Directive has established that the “prime consideration for any rules on the labelling [sic] of foodstuffs should be the need to inform and protect the consumer.” Misinforming the consumer of the place of origin undermines and violates food safety, consumer access to information and consumer choice, and promotes unfair commercial practices.

In reference to the two main categories used in settlement product labeling, the PLO Executive Committee believes that the terms “Made in Israel” and “Made in the West Bank” are illegal and deceptive and misleading to consumers. Both categories have been utilized by Israel and the illegal settlement enterprise as a way out of legal accountability and moral responsibility. Clear distinctions should also be made between Israeli settlements and Palestinian exports.

We appreciate the EU’s anti-settlement guidelines of July 19, 2013 and legislation in this regard, which should be respected and implemented as a way of holding Israel to account, but also in the service of a just peace and an effective political role for Europe in that context.