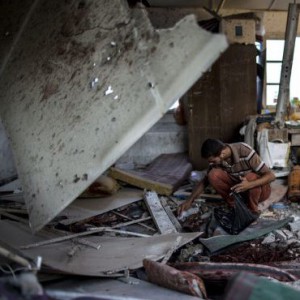 An independent United Nations commission of inquiry on Monday released its report on Operation Protective Edge, finding evidence that both Israel and Hamas committed war crimes during the war in the Gaza Strip last summer and calling the devastation caused in the Palestinian territory "unprecedented."

The members of the commission, which was appointed by the UN Human Rights Council, hinted in their report that the upper levels of the Israeli political echelon were responsible for the policies that led to some of these war crimes.

“The extent of the devastation and human suffering in Gaza was unprecedented and will impact generations to come” said the commission’s American chairwoman, Justice Mary McGowan Davis. “There is also on-going fear in Israel among communities who come under regular threat.”

The chairwoman of the commission urged the international community to act on the conclusions of the report - primarily by supporting an investigation by the International Criminal Court in The Hague in to the status of the occupied Palestinian territories.