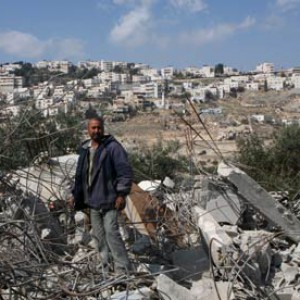 Throughout the past 24 hours, over 30 Palestinian families lost their homes in Qalandiya Village, Ras Al-Amud and Al-Isawiya following the destruction of their properties by the Israeli Occupation Forces. This crude attack conducted by heavily armed forces against a defenseless people under occupation is a clear demonstration of Israel’s intention to forcibly displace Palestinians while intensifying the expansion of illegal Israeli settlements in Occupied Palestine.

We continue to report Israeli crimes and violations to the International  Criminal Court and to the international community who is responsible for protecting the Palestinian people. And we call upon the United Nations to speed up the discussions to providing international protection to Palestine.

The latest demolitions and the ongoing settlement expansion are Israel’s answer to international attempts at equating between the occupied and the occupier, as well as to the reiterated International assurances that no action will be taken in order to hold Israel, the occupying power, accountable for its ongoing crimes and violations against the land and people of Palestine.