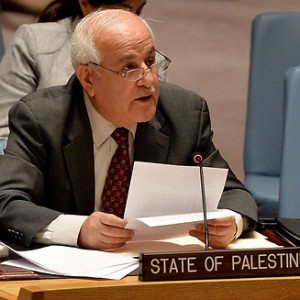 At the outset, we congratulate Japan on its skilled leadership as President of the Security Council and express appreciation for the convening of this important open debate. I also thank the United Nations Special Coordinator, Mr. Nikolay Mladenov, for his valuable briefing to the Council.

The Security Council is meeting against the backdrop of an extremely volatile and tense situation on the ground in the Occupied Palestinian Territory, including East Jerusalem, and ongoing deadlock in the efforts to create a viable political horizon to resolve for once and for all this deadly, destructive and tragic conflict. It is also meeting against the backdrop of ongoing regional and international initiatives aimed at salvaging the two-State solution and the prospects for peace and charting a way forward for their realization. Regrettably, however, for various reasons, none of those initiatives have come to fruition and the political will to act responsibly and boldly – in line with international law and relevant United Nations resolutions, in the interest of justice and human rights, and for the sake of peace and security – remains perilously absent.

The Arab States continue to stretch their hand in peace, supporting the inalienable rights of the Palestinian people, including to self-determination and independence, while also striving to open a new era of peace, stability and security in our region. For over 14 years, the Arab Peace Initiative has offered a bold path forward and yet Israel, the occupying Power, remains intransigent, belittling this most significant initiative and failing to reciprocate time and time again and obstructing the revival of a political horizon on its basis.

Israel has also stood in rejection of the important multilateral effort for peace undertaken in the context of the French initiative to establish an international support group for Palestinian-Israeli peace and set the foundations for an international peace conference aimed at bringing the parties together to finally resolve the conflict. In this regard, while underscoring its limitations and the need for further bold steps commensurate with professed intentions and commitments and the real urgency of the matter, we recognize the Joint Communique issued by the participants in the Middle East Peace Initiative meeting held on 3 June in Paris. We reaffirm our continued cooperation in this regard and appeal for ongoing coordination and efforts to advance this initiative and the prospects for peace.

And lastly, the most recent international initiative is that undertaken by the Middle East Quartet, which on 1 July released a long-awaited report. Unfortunately, that report did not meet expectations, failing to rise to the urgent needs of this critical juncture and regrettably failing to acknowledge the gravity of the nearly-half century Israeli foreign occupation of our land and its existence as the primary source of the instability, violence and violations we are witnessing, its impact on every single aspect of Palestinian life – scarring and depriving one generation after another for decades, forcing them to live in a perpetual state of oppression and misery in which they are being denied every human right, and its total incompatibility with any peace effort predicated on international law and justice and the two-State solution, as per the longstanding global consensus.

After nearly fifty years of occupation, after more than twenty years of negotiations, and after nearly seventy years of the question of Palestine remaining unresolved on the UN agenda and constituting an open, painful bleeding wound in the international body and threat to international peace and security, we expected and were promised more from the Quartet. The patience exhibited not just by Palestine, but also by other regional and international partners, was clearly based on a belief that this time the Quartet would rise to the responsibilities it has assumed and make bold recommendations to address the main challenges, including the final status issues, aimed at finally and definitively ending the Israeli occupation of the Palestinian territory that began in June 1967, including of East Jerusalem, and achieving the two-State solution of an independent, sovereign, contiguous and viable State of Palestine, living side by side with Israel in peace and security within recognized borders based on the pre-1967 borders; and a just solution for the Palestine refugees based on resolution 194 (III).

Regrettably, this was not the case. The Palestinian leadership has clearly expressed its deep disappointment and dismay regarding the report and the manner in which it deals with critical and sensitive issues, or fails to do so. This includes the report’s glaring failure to appropriately deal with the ongoing criminal actions, illegal measures and constant provocations being perpetrated by Israel, the occupying Power, against our people and land. It also includes the repeated inappropriate attempts to draw symmetry between the occupying Power and the occupied people and to equate individual acts of violence with the official, deliberate policies and actions of the occupying Power, which are the source of this conflict and all of its ills. Moreover, the report represents yet another attempt to manage the conflict, rather than reaffirming the principles and parameters for a final and just solution and defining the means for reaching that objective within a set timeframe and with the necessary international support and guarantees.

The report’s characterization of nearly every Israeli action as simply “a response” to Palestinian actions, rather than as part of systematic, deliberate and decades-long policies and practices, is unacceptable and offensive. This is the case whether referring to the use of administrative detention against Palestinians, punitive home demolitions, the severe closures, the provocations and incursions at Al-Haram Al-Sharif, or the killing of Palestinian civilians by the Israeli occupying forces in military raids or demonstrations. Equally offensive is the implication that security is only a need and a right for Israel, while this right for the Palestinian people, along with their need and right to protection as occupied people, is ignored.

The inability of the Quartet report to refer to the incessant violence, destruction, intimidation and barbarism of some extremist Israeli settlers as terrorism, including the burning to death of a young family as they slept in their home, while repeatedly and liberally characterizing Palestinian actions as such, is telling of the narrative adopted. In this regard, as the report actually did in one instance, we would point you to the reflections and statements of senior Israeli officials – both military and political – referring to such actions as terror and cautioning about the extreme dangers posed by such individuals and groups to the Palestinian civilian population under Israel’s occupation and to Israeli society itself.

Not the least of this is the incitement to violence, the vicious hatred and racist extremism routinely fomented by Israeli settlers and Jewish extremists against the Palestinian people and often declared as well by numerous Israeli officials and religious leaders, who are on the Israeli Government’s payroll and continue their malicious incitement against the Palestinian people and their leadership. The Palestinian people are suffering immensely from such inflammatory and racist rhetoric and incitement, which continues to fuel terror and hate crimes against innocent Palestinian civilians. Yet, rather than go into further detail in the context of this debate about the extent and impact of such Israeli extremism, we will refer you to the many recent statements in this regard by several