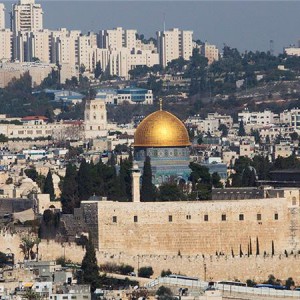 Israel's Illegal attempts to change the identity of Occupied East Jerusalem, including its Christian and Muslim traditions, have been ongoing since its occupation of the city in 1967.  The State of Palestine, in full cooperation with the Hashemite Kingdom of Jordan, through diplomatic channels, has been doing everything possible in order to preserve the status quo of the historical Holy Sites in the city in line with the internationally recognized status quo arrangement and all international resolutions and treaties.

Through an orchestrated campaign, Israel has been using archaeological claims and distortion of facts as a way to legitimize the annexation of Occupied East Jerusalem. Contrary to what the Israeli government claims, the resolution that was voted by UNESCO aims at reaffirming the importance of Jerusalem for the three monotheistic religions, Christianity, Judaism and Islam. It calls for respecting the status quo of its religious sites, including the Al-Aqsa Mosque Compound that continues to be threatened by the systematic incitement and provocative actions of the Israeli government and extremist Jewish groups.