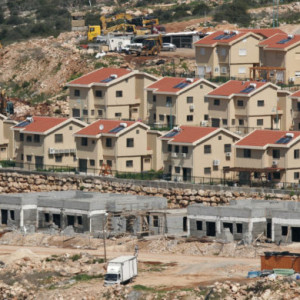 Israeli policies in the West Bank and in East Jerusalem, and particularly continued settlement construction were severely criticized in a special UN Security Council session on Friday.

The meeting, titled "Illegal Israeli Settlements: Obstacles to Peace and the Two-State Solution," did not involve a vote. It was held at the behest of member states Egypt, Venezuela, Malaysia, Senegal and Angola, with a push from the Palestinians.  The initators made use of the Arria Formula clause, allowing them to call for debates on subjects of specific interest to them. Attendance is not mandatory.

The U.S. representative to the session said that the U.S. is "deeply concerned and strongly opposes settlements which are corrosive to peace." He said that Israeli activities in the West Bank, primarily settlement construction, "creates a one state reality on the ground."

The Russian representative said that the conflict is approaching "the moment of truth." He noted that there is a consensus about the illegality of Israeli settlement construction, house demolitions and violence. "Settlement construction must stop," he said, asserting that it creates "Palestinian enclaves" that are disconnected from the outside world. "Israel needs security, but without the two-state solution, the threat to Israel will grow," he said.

Opening the session, Egyptian ambassador to the UN said that Israeli policy includes the destruction of Palestinian homes, forced transfer of Palestinians and appropriation of their land in the West Bank. "There are generations of Palestinians who only know fear and dare not dream of a better future," Amr Abdellatif Aboulatta said.

The French ambassador to the UN condemned Israeli settlement construction as well as Palestinian terror attacks against Israelis, calling on Palestinian leaders to make efforts to stop them. He said France seeks to promote an initiative to renew the Israeli-Palestinian negotiations vis-à-vis an international peace conference scheduled for the end of the year.

The British ambassador condemned Palestinian terrorism as well. He then said that Israeli settlement expansion is an obstacle to peace and undermines the establishment of a sustainable Palestinian state. He called on Israel to let Palestinians build homes legally.

The Venezuelan envoy said the Security Council should be ashamed that it has yet to take action against Israeli violations of international law, and accused the U.S. of blocking all such efforts.

The Chinese envoy said the establishment of an independent Palestinian state within the 1967 lines and with East Jerusalem as its capital is the key to solving the Israeli-Palestinian conflict. The Japanese representative said nothing justifies Palestinian violence, but noted that settlement construction is generating frustration among Palestinians, who are losing hope for a state. The Malaysian ambassador said "we don’t need to give Israel any more carrots, but more sticks."