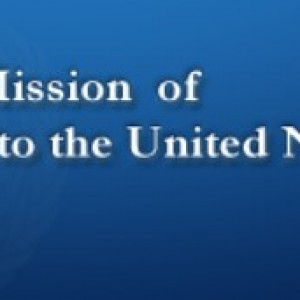 The Secretary-General strongly criticizes the decision by Israeli authorities to advance plans to build some 560 housing units in the West Bank settlement of Maale Adumim, as well as the advancement of plans to build 240 housing units in a number of settlements in occupied East Jerusalem. This raises legitimate questions about Israel’s long-term intentions, which are compounded by continuing statements of some Israeli ministers calling for the annexation of the West Bank.

He reiterates that settlements are illegal under international law and urges the Government of Israel to halt and reverse such decisions in the interest of peace and a just final status agreement.

The Secretary-General is deeply disappointed that this announcement comes only four days after the Middle East Quartet called on Israel to cease its policy of settlement construction and expansion.