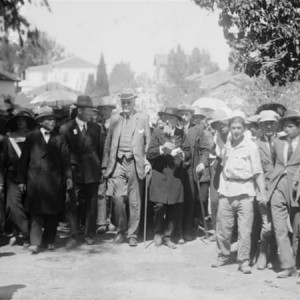 We have been working hard on a global campaign with Palestinians locally, those in exile and with our supporters. A large part of the campaign will be played out on social media, and this is where your help and the help of your advocates will give the campaign the important visibility it deserves to highlight the 100-year-anniversary of the Balfour Declaration.

The social media campaign utilizing the hashtag #MakeItRight on Facebook, Twitter and Instagram asks supporters to post personalized messages about the Balfour Declaration and its grave consequences for the people of Palestine. Particularly, we want to target the Facebook and Twitter accounts of British Prime Minister Theresa May and her Foreign Secretary Boris Johnson.

The aim of this campaign is to pressure the current UK government to take action 100 years on from Balfour, to recognize the State of Palestine and to put maximum pressure on Israel to end the military occupation and to cease and desist from its inhuman and unlawful violations of international law and conventions.

Gifs and a video will follow this email soon which you can also use in your posts and tweets. In the lead up to the calamitous anniversary, it would be great to also share your own social media posts under the hashtag #MakeItRight to build momentum.

The plan is for the campaign to reach its climax on Wednesday, November 1 through a social media storm on the eve of the centenary with a high volume of our supporters targeting the accounts, mentioned above, using the hashtag #MakeItRight, as much as possible.  The timing for the planned social media storm is from 6:00pm to 10:00pm local Palestinian time.

It is our hope you will mobilize and help make the Balfour centenary a turning point for the Palestinian cause by asking you and each and every person (regardless of nationality) to join our social media campaign and the social media storm on November 1.