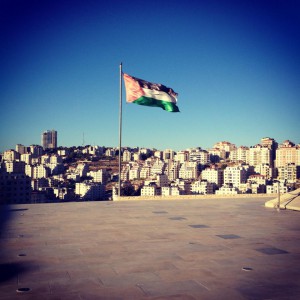 On the occasion of the seventy-year anniversary of Partition and the fortieth anniversary of marking the International Day of Solidarity with the Palestinian People, PLO Executive Committee Member Dr. Hanan Ashrawi said:

“On November 29 seventy years ago, the United Nations General Assembly (UNGA) adopted Resolution 181 (II). With the partition of historic Palestine, the victimization and suffering of the Palestinian people began.  The state of Israel was created at the expense of the indigenous people of the land who were violently uprooted. For decades, the ramifications of this resolution have only intensified, manifesting themselves in three ways:

1. Dispossession, dispersion and exile of a massive refugee population

2. Systematic discrimination and oppression within Israel due to its racist and exclusionary system

3. Captivity and enslavement under occupation within the remaining 22% of historic Palestine

Despite numerous attempts by the international community to rectify this injustice by means of countless resolutions and conventions, Israel has persisted in its egregious violations with impunity. On the contrary, Israel has generated and institutionalized a culture of racism, extremism, lawlessness, and violence. The violations include Israel’s illegal settlement enterprise in and around Jerusalem and throughout the West Bank, the theft of Palestinian land and resources, collective punishments including home demolitions, summary executions, the prolonged siege of Gaza, the eviction of Palestinian residents of Jerusalem and the revocation of their IDs, the ill-treatment and torture of Palestinian prisoners including arbitrary solitary confinements, the extreme and unjust use of administrative detention and other illegal measures. Such Israeli measures are not only antithetical to peace but constitute a total negation and destruction of its most basic requirements.

Israel’s denial of Palestinian independence and freedom will further increase its isolation and deligitimization and cause irreparable damage to the security and stability of the region and beyond.

This day also marks the fortieth anniversary of the UNGA’s designation of November 29 as the International Day of Solidarity with the Palestinian People.  We celebrate those individual countries and parliaments who have recognized us, and we remain appreciative of their just and principled stand on the right side of peace and justice.  We also call on those states who have not yet recognized the state of Palestine to do so as a positive commitment to our people’s right to live in freedom, dignity and with full sovereignty.

We rely on these states to hold Israel accountable for its belligerent occupation and for the grave injustices committed against the Palestinian people.  We also appreciate all grassroots and solidarity organizations globally who have worked tirelessly on behalf of Palestinian rights and in the service of the cause of peace with justice.

On this significant date in the history of Palestine, we call on the international community to translate solidarity into positive engagement, to put an end to this historical injustice, to bring Israel to full withdrawal, to affect a just solution to the Palestinian refugee issue on the basis of United Nations Resolution 194, and to establish the independent state of Palestine on the 1967 boundaries with East Jerusalem as its capital.

Now is the time to engage in the actual rectification of the historical victimization of Palestine and its people.”