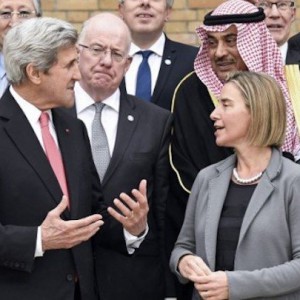 Foreign Minister Julie Bishop has distanced the Australian government from the communique made at the Paris Middle East Peace Conference, agreed by ministers and diplomats of 70 nations, including Australia, concerning the pathways to peace between Israel and Palestine.

The communique called on both sides to "take urgent steps in order to reverse the current negative trends on the ground", including acts of violence and the construction of Israeli settlements in Palestine. The communique specifically welcomed resolution 2334, passed by the UN Security Council last month, which declared that the settlements violated international law and called on Israel to immediately cease all settlement activity.

Following the conference, Ms Bishop distanced the Australian government from the contents of the concluding statement, insisting the government did not necessarily agree with everything its diplomats had agreed to in Paris.

"Australia was represented at the conference by diplomatic officials from the Australian embassy in Paris," Ms Bishop told Fairfax Media.

"While the Australian government was represented at the Paris conference this does not mean we agree with every element of the final statement."

Presumably in reference to the conference's endorsement of resolution 2334, Ms Bishop noted the Coalition did not support "one-sided resolutions targeting Israel".

Britain, attending the conference as an observer, also expressed reservations about the communique, arguing it was a time to "encourage conditions for peace" rather than entrench hardened positions.

"We have particular reservations about an international conference intended to advance peace between the parties that does not involve them," the British Foreign Office said in a statement.

In a response to these reservations, chief PLO negotiator Dr Saeb Erekat stated that:

"We regret and denounce the reservations made by the United Kingdom and Australia to the final statement of the Paris Peace Conference, which emphasized the commitment of the international community to the two-state solution and to end Israel's occupation of Palestine. The real risks threatening peace lie in such positions that grant Israel impunity and encourage it to continue with its illegal settlement enterprise on the land of Palestine.

These reservations are groundless. The world is aware of the Israeli rejection of international calls to revive the political process and of Israel's commitment to colonization policies and projects that systematically target the land and people of Palestine, in breach of international law and United Nations resolutions.

For years substantial efforts were made by France and many other countries around the world to push the political process forward on the basis of international law, and we were expecting the United Kingdom, in particular, to play an effective role in the international system that rejects the Israeli occupation and its settlement enterprise.

The United Kingdom should revise its positions by holding Israel accountable, as well as support the Palestinian and international initiatives. It is time to end the historic injustice that befell our people who will soon mark the anniversary of the infamous Balfour Declaration.

We call upon both countries to correct this mistake and to recognize the State of Palestine in line with their support and commitment to the two-state solution."