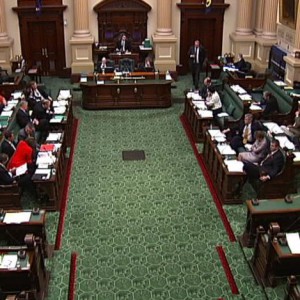 The SA Parliament has passed a motion on June 22 calling on the Commonwealth of Australia to recognize the State of Palestine.

Ambassador of the State of Palestine considered the motion as historical, principled and fair representing the evenhandedness of the SA Parliamentarians.

Ambassador Abdulhadi hoped that the Australian Government will respond positively to this moral voice and recognize immediately the State of Palestine as key approach to save the two state solution.

Mr. Mike Khizam, Executive Officer of the Australian Friends of Palestine applauded the leadership shown by the South Australian House of Assembly in calling for the recognition of the State of Palestine.

“Recognition enhances the prospects of peace in the Middle East. We call on other Australian State Parliaments to follow suit.”

1.  a)  notes that the Australian Government is committed to a Two-State Solution to the Israel-Palestine conflict and that unless measures are taken this option will vanish;

2.   b)  affirms that the continuation of settlement building is in violation of the Fourth Geneva Convention, and various resolutions of the United Nations Security Council, the most recent being Resolution 2334 (2016), and constitutes a major obstacle to peace;

3.  c)  believes that support for a Two-State Solution and for self-determination for both Israelis and Palestinians requires taking active measures by the international community;

calls on the Commonwealth Government to recognise the State of Palestine (as we have recognised the State of Israel) and announce the conditions and time lines to achieve such recognition.