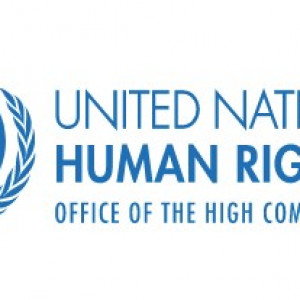 Seventy years ago, on this same day, on the 29th of November 1947, the General Assembly adopted resolution 181(II), unjustly deciding to partition Palestine, without the consent of its people, against their will and in blatant disregard of their right to self-determination. A few months later, Israel forcibly uprooted two-thirds of the Palestinian people from their land and destroyed over 400 towns and villages, violently clearing the way for its forced acquisition of more than three-quarters of Palestine’s territory, far beyond what was allotted to it the partition plan. Then, in 1967, fifty years ago, Israel occupied what remained of Palestine’s territory, constituting 22% of historical Palestine, comprising the West Bank, including East Jerusalem, and the Gaza Strip.

While Israel was established in 1948 and was received into the United Nations soon thereafter – even while the Palestinian people were tragically enduring their Nakba and even though the Palestine question remained unresolved – seventy years later, the Palestinian people are still awaiting their long-overdue freedom and independence and their rightful place among the community of nations.

As painful as it is, reflecting on history and these undisputed facts is essential on this anniversary, as our Nakba persists to this day as the Palestinian people continue to be dispossessed and displaced and their inalienable rights and national aspirations continue to be denied. Resolving this conflict requires rectification of this grave injustice by upholding human rights and international law, fundamental for guaranteeing the freedom and rights of the Palestinian people and a just solution that establishes genuine peace, security and coexistence for both peoples.

For seventy years, our nation has thus looked to the international community for redress and support for its just struggle for liberation. Yet, for seventy years too long, this injustice has been ongoing with its daily share of loss of human life, violence, suffering and hardship, oppression, colonization, imprisonment and confinement, and collective punishment. And, yet, our people, even as they remain deprived of their most basic rights, including to self-determination, persevere and remain committed to peace and to the rule of law and United Nations resolutions as the path to its realization.

This year, their perseverance was reflected, inter alia, in the peaceful resistance of our people in Jerusalem, which led to the reversal of the decisions taken by Israel to further its control over Al-Haram Al-Sharif, and the hunger strike by heroic Palestinian prisoners. But is it also embodied in the everyday, epic steadfastness of our people even in the face of this historic injustice and the immense challenges they face living under foreign military occupation and blockade and in exile.

On this day, each year, we honor the resilience of the Palestinian people and honor the global solidarity with our just cause, one of the greatest solidarity movements in recent times. This solidarity is grounded in the core principles of justice, freedom, equal rights and dignity enshrined in the Charter of the United Nations, international law and the constant, shared goal of peace.

The Palestinian people have stood side by side with and supported many nations in their struggle for liberation and independence and have witnessed the attainment of their freedom as colonialism and Apartheid were brought to an end in their countries with the support of the international community. We are honored that these countries and their peoples stand by the Palestinian people today as they carry on their struggle to end the longest foreign occupation in modern times and finally take their rightful place among the community of free nations. We recall on this day the words of the heroic Nelson Mandela, who, reflecting upon the indivisibility of freedom, stated: “Our freedom is incomplete without the freedom of the Palestinian people”.

We have never stopped seeking our freedom through all peaceful, political, diplomatic, legal means possible. Twenty-four years have passed since the signing of the Oslo Accords, interim agreements that were supposed to lead within 5 years to the independence of the State of Palestine and a peace treaty resolving all final status issues. We recognized then Israel on 1967 borders and to this day Israel refuses to reciprocate, not only refusing to recognize the State of Palestine, or even the mere right of the Palestinian people to self-determination, but also by actively pursuing its colonial settlement activities on the territory of the occupied State of Palestine, in grave breach of UN resolutions and international law, including humanitarian and criminal law, and obstructing our independence. With such illegal policies and actions, all of which have been consistently deplored and rejected by the international community, including most recently in UN Security Council resolution 2334 (2016), Israel is entrenching its occupation, rather than acting to end it, destroying the two-State solution and creating an existential crisis for the Palestinian people and the prospect for peace.

Faced with Israel’s blatant contempt of the law, UN resolutions and the longstanding global consensus on the parameters of a just solution based on two-States on the 1967 lines, decisive action is urgently needed. Each member of the international community must ask if it has done all that is in its power to end Palestinian dispossession and Israeli occupation and to bring about peace for all the peoples in the region. We believe much more can and must be done.

Israeli violations cannot remain unchallenged; they constitute war crimes and crimes against humanity and an imminent threat to international peace and security. The United Nations’ responsibility towards the question of Palestine until it is resolved in all its aspects and the obligations of all States to respect and ensure respect for international law must be upheld and must translate into concrete, coordinated action.

We urge you to uphold your obligations not to recognize the unlawful situation created by Israel's policies and measures in Occupied Palestine, including East Jerusalem; not to render aid or assistance in maintaining this situation; and to distinguish between the territory of the occupying Power and the occupied territory, in order to ensure accountability and contribute towards bringing this unjust situation to an end.

Only ending Israeli impunity can pave the way to peace. Individual and collective action is vital for deterring further violations, securing justice for generations of Palestinian victims and saving future generations from oppression, subjugation and forced exile, allowing them to fulfill the promise of their own existence, of their self-determination. Only such action can open a new chapter wherein genuine and lasting Palestinian-Israeli peace will be possible.

Peace is the most noble of purposes, and we continue striving for its achievement. We have adopted, together with Arab and OIC Member States, the Arab Peace Initiative, stipulating that once Israel ends its occupation and withdraws from the Palestinian and other Arab territories it has occupied in 1967, there will be in exchange a recognition of and normalization of relations between all the States of the region and Israel.

Also, we have fulfilled our obligations under the Quartet Roadmap, endorsed by Security Council resolution 1515 (2003), which Israel continues to violate to this day. Moreover, we have supported all other peace initiatives, including the French initiative to salvage the two-State solution and advance peace, which led to the convening of the Paris Conference, as well as the initiative of Russian President Vladimir Putin, the initiative of the Chinese President Xi Jinping and the efforts of United States President Donald Trump in the hopes that such efforts would lead to a historic peace deal in fulfilment of the two-State solution on the basis of the pre-1967 borders with Palestine and Israel living side by side in peace and security and good neighborly relations. However, Israeli leaders have duplicitously and deliberately undermined all peace efforts, preferring instead to declare and pursue their absolute commitment to colonialism of our land and dehumanization of our people to the detriment of peace.

By attempting to make its colonial and military occupation irreversible, and by its relentless aggression, provocations and incitement against the Palestinian people, including in Jerusalem and against Christian and Muslim holy sites, undermining the historic status quo, most notably as regards Al-Haram Al-Sharif, Israel is threatening to transform a solvable political conflict into a one-State reality of Apartheid or a never-ending religious war.

We are fully committed to international law and legitimacy and to the two-State solution on pre-1967 borders, and we remain ready to give every chance to regional and international efforts, based on the longstanding terms of reference, to achieve a just peace. But if the efforts for such a solution fail, the Palestinian people will neither disappear, nor will they accept subjugation and oppression as their future. Our people will continue their legitimate struggle to fulfill their inalienable rights, and will be entitled to strive for equal rights for all in historic Palestine, without discrimination. We reiterate, on this occasion, that our struggle was never directed against Judaism as a religion, as we respect all faiths, but against the colonial occupation of our land and people and denial of our inalienable human rights, including our right to self-determination.

Holding firm to our conviction in the law and international institutions, despite decades of disappointment and disillusion, the State of Palestine will continue engaging in all efforts to further the rule of international law, including by the strengthening of its institutions and the empowerment of its people, notably women and youth.

In this regard, national reconciliation is a priority and will contribute to our efforts to unify the Palestinian land and people. We will make every effort to end the division in all its aspects and ensure that the Palestinian Government is able to uphold its responsibilities in the Gaza Strip and uphold its duties towards our people. We seize this opportunity to reiterate our deep appreciation to the Arab Republic of Egypt for its efforts and to once again call on the international community to help us lift the illegal, inhumane Israeli blockade against the Gaza Strip and to offer the necessary support to remedy the grave humanitarian situation there.

On this centennial of the ignoble Balfour Declaration; on this seventieth anniversary of resolution 181 (II); on the eve of seventy years of the Nakba, as millions of Palestine refugees continue to suffer in exile, awaiting a just solution for their plight in accordance with resolution 194 (III); and after the passage of more than fifty years of the foreign occupation of the West Bank, including East Jerusalem, and the Gaza Strip, we appeal once again for international protection of our people, for the enforcement of UN resolutions, and for the adoption of measures by all States in compliance with their international obligations to help usher an end to Israel’s colonization and occupation of our land.

Respect for international law is the cornerstone for achieving peace. But, neither that respect, nor the goal of peace can be achieved by statements alone; words and commitments must be matched by action to implement the law. On this day of International Solidarity with the Palestinian People, we stress that this is a matter of urgency and urge that no effort be spared, and remain grateful to all those who firmly and nobly stand for international law and the achievement of the inalienable rights of the Palestinian people and peace. We await the day when we may together celebrate the freedom of our people in the independent State of Palestine, with East Jerusalem as its capital, and welcome you all in a Jerusalem reconciled with its original name, the City of Peace.