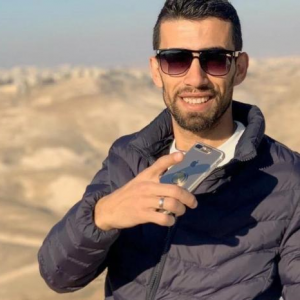 (June 23, 2020): "We strongly condemn the cold-blooded murder of 28-year-old Ahmed Erekat by Israeli occupation forces at a military checkpoint near Bethlehem.

Ahmed was on his way to pick up his mother and sister who were preparing for his sister’s wedding later that day. On that fateful trip, he was executed by Israeli occupation forces and denied medical help.

Israel also attempted to slander Ahmad and excuse his murder. It is part of a tragically familiar pattern, where Israel habitually uses false pretexts that are all too familiar now to justify the murder of Palestinians by trigger happy soldiers. This is what Israel did when it shot and killed Iyad Hallaq, an autistic man shot dead by Israeli soldiers in Jerusalem on 30 May, and Fadi Samara, father of 5, who was killed in cold blood on on 29 May near Ramallah.

Israel continues its policy of shoot first and ask questions later, with full impunity and in the absence of accountability from a dysfunctional international community. This shooting is symptomatic of a brutal and racist system of structural violence that treats Palestinian lives and rights with abject disdain, considering the lives of our young men and women discardable.

Palestinian lives matter. It is time for the world to hold Israel to account and ensure that justice is done by Palestinian victims.

We renew our call on the international community to take concrete steps, beyond hollow statements, to hold Israel accountable for its heinous crimes."