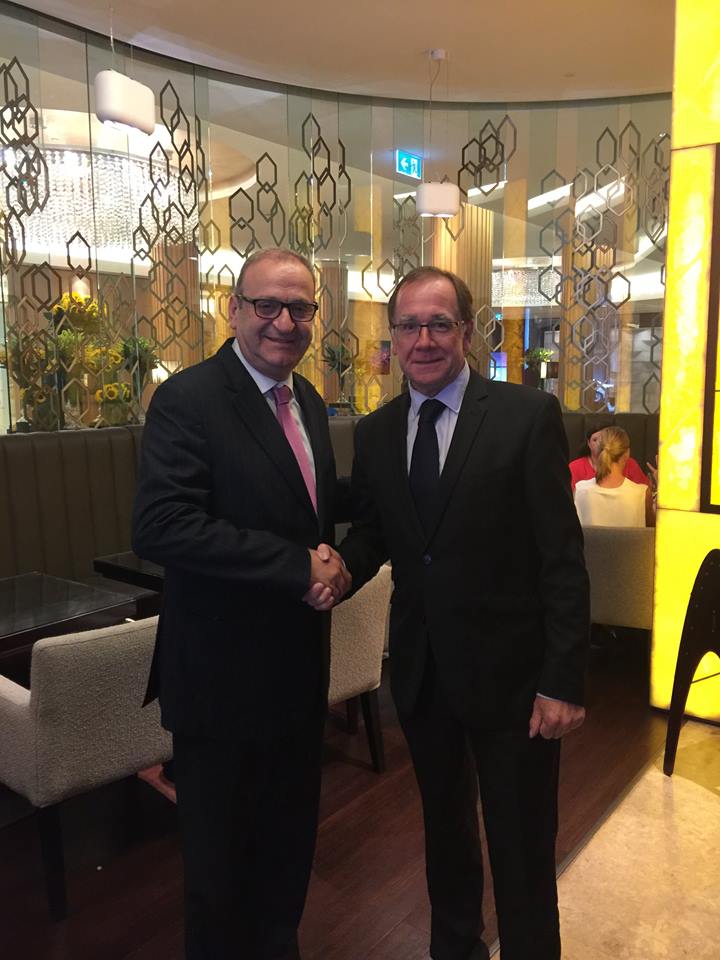 On 15th March 2016 Foreign Minister McCully and Ambassador of the State of Palestine, Izzat Abdulhadi met in Sydney to discuss the nations bilateral relations.

The meeting followed an address given by Minister McCully at the Lowy Institute in Sydney in which the Foreign Minister addressed the deteriorating situation on the ground in Palestine and the need for the Security Council to act to save the two-state solution. Minister McCully noted the negative impact of Israeli settlement expansion on the prospects for a two-state solution, and recognized this as a key barrier to peace.

“We keep being told that ‘the time is not right’ and ‘the parties are not ready”.

“But while we wait, the situation on the ground gets worse, violence has escalated, and the viability of the two-state solution is disappearing as a consequence of Israeli settlement activity”.

“This question now looms as a serious challenge to the credibility of the council”.

The Embassy hopes New Zealand will continue its efforts in the Security Council to save the two-state solution. The embassy greatly appreciates New Zealand's support for the Palestinian people and their right to self-determination.