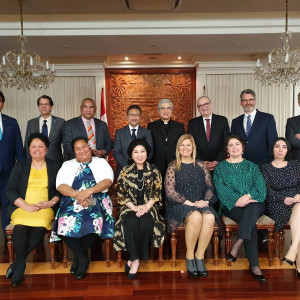 The speech was followed by a question and answer session that covered topics such as the future of the Two-State Solution.

The dinner was hosted by the Australia Palestine Advocacy Network (APAN), who did an excellent job in organising the event.