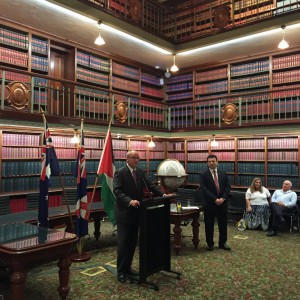 Ambassador Abdulhadi likewise delivered a speech, highlighting the great achievements of the Palestinian people since their Declaration of Independence, despite constraints, and stressing the need to come together as a Palestinian Community in Australia and present a powerful, unified voice in advocating for the rights of Palestinians.