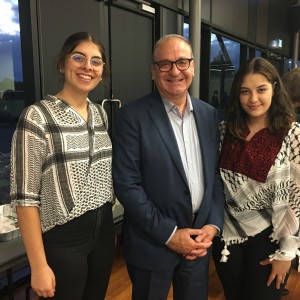 The President of the newly minted association, Professor Bassam Dally, delivered a speech outlining its objectives and ultimate vision, and encouraged the Palestinian community to participate actively in its forthcoming activities. In his speech, Ambassador Abdulhadi explained how, through the association and its activities, people of Palestinian origin in South Australia can engage effectively in community development initiatives, identity revival and the important task of advocacy. The launch also featured impressive speeches and story-telling by local Palestinian youth.