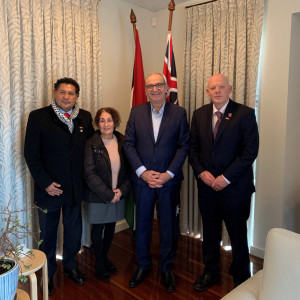 On June 30, Ambassador Abdulhadi met with a delegation of the Communist Party of Australia (CPA) at the premises of the Palestinian Embassy. The delegation included General Secretary Andrew Irving and Party President Vinnie Molina.

The meeting was an opportunity for the two parties to discuss, in depth, the recent developments in the Israel Palestine conflict, in particular the Israeli violations of International law and Palestinians’ human rights. The two parties also discussed the future of the two-state solution, if it is still feasible or not, and what other political options exist if it fails.

Ambassador Abdulhadi thanked the CPA delegation for their visit and for their continuous support to Palestine. 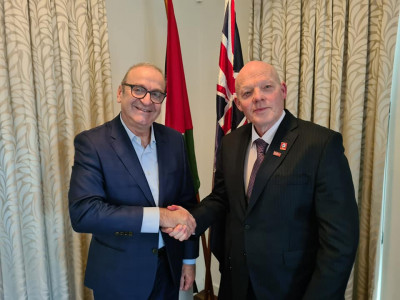