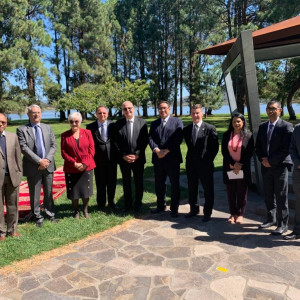 Ambassador Abdulhadi attended a Memorial for Christchurch held in Canberra on 15 March, for the two year anniversary of the terrorist attack on two mosques in Christchurch, New Zealand.

The Memorial included reflections by New Zealand High Commissioner Dame Annette King and prayers led in Arabic and Maori. A Peace Bell was also rung 51 times by two student representatives, for those who died in the Christchurch attack.