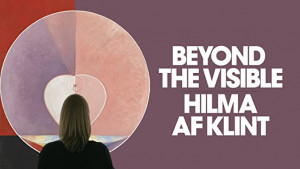 On August 9th the Embassy of Sweden, ANU School of Art & Design and the ANU Film Group screened  “Hilma af Klint - Beyond the Visible” and held a panel discussion. The film documented the story of an important Swedish artists whose arts were unknown in her lifetime, and exhibited after her death.

The reception and the film was attended by a large number of viewers including members of the International Diplomatic Corp.