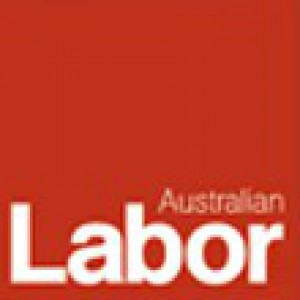 The Australian Labour Party weighed in on the Palestinian Israel issue at its 2015 National Conference reaching a agreement on the subject that may see Australia acknowledging a Palestinian state based on two aspects– no deal formed at the next round of peace talks and a successfully elected Federal Labour Government.
The Labor government has promised it will join nations that have already recognised Palestine as an independent state and announced it will set a date for Australia to acknowledge a Palestinian state that will promote peace and security in the Middle East.
The deal, which was formed after hours of negotiations took place between representatives of the ALP, will not include changes to the ALP’s policy platform.
Israeli ambassador Shmuel Ben-Shmuel who was among the attendees at the conference told the audience that this new decision may disappoint individuals who believe peace negotiations should continue forever.
Labour confirmed its support for a two-state solution between Israel and Palestine based on Israel’s right to live in peace within secure borders internationally recognised and agreed by certain parties and the legitimate aspirations of the Palestinian people to also live in peace and security within their own state.
Labour believes this is the best decision formed to date given peace talks, which have spanned over two decades have failed to reach an agreement.
The current circumstances the Palestinian people are living under and their desire for respect and the right to live independently in their own state was supported by the ALP.
The Labor government immediately disregarded comments made by Prime Minister Binyamin Netanyahu during the recent elections that saw him rule out a Palestinian state.
Conference members agreed that a timeframe to end the Israeli occupation, demilitarization of the Palestinian territory, agreement on a solution to the Palestinian refugee situation and a resolution to the situation of Jerusalem’s final status must be arranged in order to progress with any formed agreements.
To support renewed negotiations towards peace in the region, Israel is urged to cease all settlement expansions in the area.
As for the Boycott, Divestment and Sanctions (BDS) campaign against Israel, the ALP immediately rejected such initiatives.

Matters and actions the ALP addressed at the National Conference:
• Deplored the tragic conflict in Gaza and supported the urge for Hamas to terminate rocket attacks on Israel and in turn Israel to exercise maximum restraint in response to these attacks
• Supported a negotiated settlement between Israel and Palestine based on international frameworks, laws and norms
• Did not block enhanced Palestinian status in the General Assembly and restated that the West Bank including East Jerusalem are occupied territories
• Opposed Israeli settlements on occupied Palestinian land
• Recognised that a peaceful and enduring resolution must involve a territorial settlement based on the 1967 borders with agreed land swaps
• Acknowledged that the settlements are illegal under international law
• Recognised that settlement buildings by Israel in the occupied territories that potentially undermine a two-state solution are a roadblock to peace