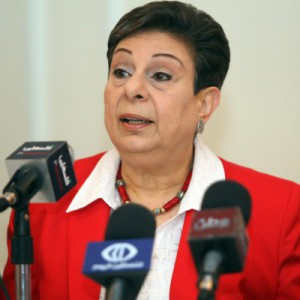 The Palestinian leadership has warned the international community for decades that Israel’s culture of impunity is destroying any prospects of peace and has created an unsustainable situation of instability, racism and violence.

The root cause of violence in the Middle East is the continued injustice inflicted on the Palestinian people and the persistent impunity of the Israeli occupation. Benjamin Netanyahu’s right-wing extremist government continues to deny Palestinian rights and incite violence, clearly indicating that ending this system of occupation and apartheid is not an option.

Netanyahu is under the delusion that he can convince his own people and the international community that he can “manage the situation.” This is not only morally deplorable; it is also politically irresponsible and effectively unsustainable. Never has a people under foreign occupation accepted the systematic violation of their rights and freedoms.

The collective punishment that the Palestinian people have suffered over the past 48 hours, including Israeli settler and military attacks against civilians, proves that the Israeli government is deliberately creating a situation of violence and instability that threatens to spiral out of control. This government is thereby attempting to create the conditions for a new “Defensive Shield” operation similar to that of 2002 in which the Israeli Army carried out the senseless destruction of Palestinian lives, infrastructure and institutions. That operation was launched with steps similar to those being adopted now, including the sealing of Occupied Jerusalem and the fragmentation of the rest of Palestine with hundreds of checkpoints, while giving free reign to the settlers to continue their attacks.

It is time for the international community to undertake its responsibility and to engage positively to put an end to this lethal situation. Palestine has already asked for international protection in accordance with several legal and precedential options available to the United Nations. The heightened urgency is evidenced by the intensification and escalation of violence and extremism threatening to engulf not just Palestine and Israel but the whole region as well.”