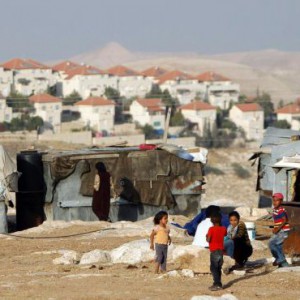 These comments were made in response to Israel’s efforts to destroy the communities of Khirbet Susiya and Abu Nwar, its plans to grant permits for the construction of 906 illegal settlement units, and its extra-judicial killing of 21-year-old Palestinian Mohammed Ahmad Alauna who died in the village of Burkin today after being shot in the chest with life ammunition.

“Recent Israeli announcements to annex more Palestinian land, to displace hundreds of Palestinians and to expand its illegal settlement enterprise constitute war crimes and Israel’s firm commitment to a de-facto one-state solution and the ‘Judiazation’ of Jerusalem.

Such an escalation of Israeli violations of international law and human rights come in the context of the international community’s efforts to condemn Israel for its illegal actions and the ‘Council Conclusions on the Middle East Peace Process’ issued by the European Union on Monday which reiterated ‘its strong opposition to Israel's settlement policy and actions taken in this context, such as building the separation barrier beyond the 1967 line, demolitions and confiscation - including of EU funded projects - evictions, forced transfers including of Bedouins, illegal outposts, settler violence and restrictions of movement and access.’

We commend the European Union for taking a positive stance on behalf of the people of Susiya, Abu Nwar and other areas and for its plans to move forward with the labeling of settlement products and produce.

We also call on all members of the international community to take concrete action immediately and hold Israel accountable with punitive measures for its violations and continued aggression on the lives, lands and resources of the State of Palestine.

The Palestinian people cannot continue to remain under the illegal, cruel and immoral occupation, and we will remain undeterred in countering Israeli violations and safeguarding our people’s right to self-determination, justice and freedom.”