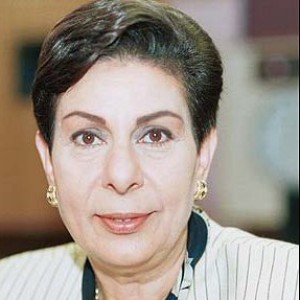 PLO Executive Committee Member Dr. Hanan Ashrawi condemned the Israeli Knesset’s approval of a law that allows the force-feeding of prisoners on hunger strike:
“Such a law is a politically-motivated mechanism of torture which constitutes a flagrant violation of international law and conventions. According to the World Medical Assembly’s Declaration of Malta on Hunger Strikers of November 1991, ‘forcible feeding is never ethically acceptable. Even if intended to benefit, feeding accompanied by threats, coercion, force or use of physical restraints is a form of inhuman and degrading treatment.’
The entire global community should be alarmed by Israel’s deliberate escalation of war crimes, including its willful breach of the rights and lives of Palestinian political prisoners; the only way to stop Israel is to hold it accountable in accordance with international law.”
Dr. Ashrawi made these comments following today’s meeting she had with British Consul General Dr. Alastair McPhail at the PLO Headquarters in Ramallah.
In the meeting, both parties discussed the latest political developments, the EU Foreign Affairs Council Conclusions of July 20 and European political measures and initiatives.
Dr. Ashrawi provided an assessment of the dangerous increase of Israel’s violations of international law, including its racist and discriminatory laws and legislation and the acceleration of its illegal settlement enterprise, and she stressed:
“Israel is thereby destroying the two-state solution, which makes it imperative that the international community starts thinking about options and alternatives to the ‘two-state solution.’”
The discussion also focused on the illegal and cruel siege of Gaza and the dire need to provide emergency relief and reconstruction in Gaza, and the importance of bringing about reconciliation, including elections in Palestine, among issues of mutual interest and concern.
________