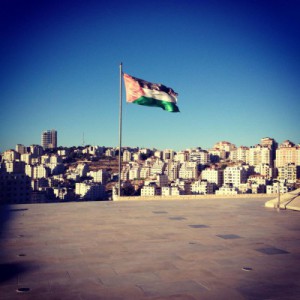 “In the strongest possible terms, we denounce the deliberate torching and killing of one-and-a-half year-old Palestinian baby Ali Saad Dawabsha and the serious injury of his parents Saad and Reham and his 4-year-old brother Ahmad.

This deplorable and inhuman act is not an isolated incident; last summer, sixteen-year-old Mohammed Abu Khdeir was kidnapped, beaten and burned alive by Jewish extremists in Occupied Jerusalem. These vicious and heinous attacks and crimes carried out by Israel’s extremist Jewish settler population are acts of terrorism and the direct outcome of Israel’s culture of hate, violence and exclusion. Israeli policies are designed to allow the illegal setters to commit murder and terror and shield them from any accountability.

Even though the number of incidents against innocent Palestinians and their lands and resources continue to rise significantly, Israel has done nothing to prevent these war crimes and crimes against humanity, and it continues to provide the illegal settlers with immunity.

Israel and its illegal settler population have been exempt from accountability for their acts of excessive and indiscriminate violence against the Palestinians for far too long. It is high time that all members of the international act to guarantee that the rights of our people are safeguarded and that Israel’s and its settlers’ impunity comes to an end.”