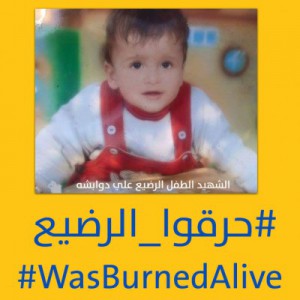 Statement by Dr. Saeb Erekat on the Assassination by Israeli Settlers of the toddler Ali Saad Dawabsha

We hold the Israeli Government fully responsible for the brutal assassination of the toddler Ali Saad Dawabsha (1,5 years old) and the injury of his mother and brother. This is a direct consequence of decades of impunity given by the Israeli government to settler terrorism. Since 2004, over 11,000 settler attacks have taken place against Palestinian homes, cars, churches, mosques, trees and others with full impunity.

Over a year ago President Abbas requested international protection for Palestinians, a call that has been ignored so far. Today we can see the consequences. We call upon the international community to end its policy of empty statements and to finally do something to protect Palestinians. Exercising the inalienable rights of the Palestinian people, including their protection and ending the occupation, is an international responsibility.