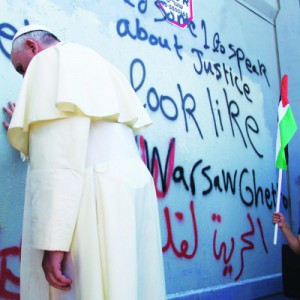 We hope that this agreement serves as an example for the rest of the region. In Palestine, Christians are not perceived as a minority but as an important and integral part of the Palestinian people. With this agreement, Palestine reflects once again its full commitment towards the protection of fundamental freedoms and its respect for the status quo of Holy Sites.

While Churches are attacked by terrorists in other parts of the region, including by Israelis, we in Palestine are proud to have the oldest Christian community in the world and to protect and enhance the role of the various churches in our country.

I would like to take this occasion to thank all those who worked on this agreement, particularly the teams from the Ministry of Foreign Affairs and the Negotiations Affairs Department.