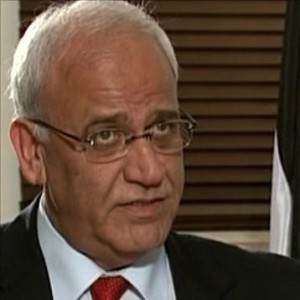 For four years now, Al- Yarmouk refugee camp continues to be the victim of the internal Syrian conflict despite the repeated reiteration by the Palestine Liberation Organization (PLO) and the vast majority of the Palestinian groups of our longstanding position of non-interference in the internal affairs of other states.

The priority must be to save the Palestinian refugees in the camp by creating a safe passage for them out of the death trap that Al- Yarmouk has become. We call upon the United Nations and other involved organizations, including the ICRC, as well as the Syrian government to take all necessary measures to immediately evacuate civilians. Time is quickly running out.

For over 700 days, the camp has been the victim of a draconian siege, which has resulted in the death by starvation of at least 200 Palestinians. The PLO, through its envoys, has been trying for years to lift the siege. Today, the camp’s population is less than 18,000 compared to over 160,000 before the siege began.

This humanitarian disaster is a further reminder of the need to realize the inalienable right of return for all Palestine refugees, in line with international law and relevant UN resolutions. In the meantime, the tragedy unfolding in Al-Yarmouk shall remain a testament to the collective human failure of protecting civilians in times of war.


End of the Statement