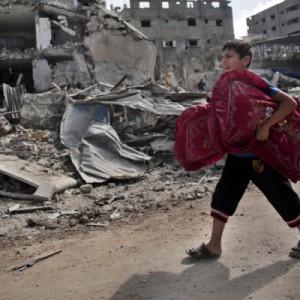 We strongly condemn Israel’s crimes against our people, crimes that deplorably continue with impunity. The UN Commission of Inquiry’s report on the Gaza conflict found robust evidence that Israel’s attacks last summer violated international humanitarian law and human rights law, violated the principles of distinction, proportionality and precaution, and were approved at the highest levels of the Israeli government. We repeat our calls to the international community, including the Security Council, to act to hold Israel, the occupying Power, accountable for its war crimes and compel its compliance with the law. We also remain committed to pursuing accountability at the International Criminal Court, convinced it is imperative for ending impunity and achieving justice, both imperative for peace.

We draw urgent attention to the dire humanitarian crisis that persists in Gaza as a result of the Israeli military aggression and 8-year blockade, inhumanely imposed in collective punishment of Gaza’s 1.8 Palestinians. Poverty, unemployment and food insecurity are rampant, reaching unprecedented levels. Unemployment stands at 43%, the highest in the world, and at 60% for the youth population (age 15-20), and nearly 80% of the population has been forced into aid dependency. All of Gaza suffers severe electricity and water shortages, with over 90% of the water not fit for human consumption. 100,000 people remain internally displaced and homeless, as not a single home of the thousands of homes totally destroyed by the Israeli occupying forces has been rebuilt due to the ongoing blockade and despite financial pledges made at the Cairo Conference in October 2014.

We reiterate our calls for the full lifting of the Israeli blockade and for the sustained, normal movement of persons and goods into and out of Gaza in accordance with international humanitarian law and to enable desperately-needed human, physical and economic recovery and rehabilitation. Israel, the occupying Power, must respect all its legal obligations, including under the 4th Geneva Convention. We also appeal to the international community to fulfill its pledges to adequately fund Gaza’s reconstruction on an urgent basis.

for the Pdf Version of the Press Releas please click here