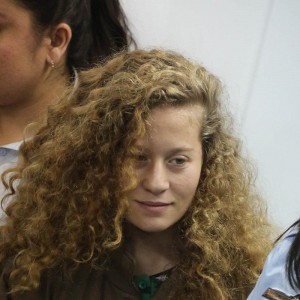 I write to draw your attention to the ongoing critical situation in the Occupied Palestinian Territory, including East Jerusalem, and more specifically, to the grave reality faced by Palestinian children as a direct result of the Israeli military occupation.

Over the past half-century of occupation, Palestinian children have continued to bear the brunt of Israel’s increasingly oppressive, violent and illegal policies and practices. With each passing day, their vulnerability continues to deepen as generation after generation only know life under occupation and that of an occupying Power that continues to commit human rights violations and brutal crimes against them, their families and their land, with complete and utter impunity.

One detrimental aspect of the practices and policies of the occupying Power that has left thousands of children traumatically scarred is Israel’s mass arrest campaigns throughout the Occupied State of Palestine.  Palestinians, as an occupied people, are protected persons under Article 4 of the Fourth Geneva Convention. However, Israeli occupying forces continue to systematically suppress and arbitrarily detain Palestinians by the thousands. It should also be noted that these mass arrest campaigns are part and parcel of Israel’s collective punishment measures that are in direct violation of the Fourth Geneva Convention, namely Article 33, and Article 50 of the Hague Regulations, which specifically prohibits collective punishment.

Since 1967, nearly 800,000 Palestinians, including children, some as young as 12, have been kidnapped and imprisoned by the occupying Power in its nearly daily military raids into towns, villages and cities. Today, there are more than 6500 Palestinian detainees and prisoners in Israeli jails. This number includes 588 women, 450 administrative detainees, 22 journalists and 10 elected Palestinian officials. This staggering number also includes 350 children.   Even more shocking is that since 2000, more than 12,000 Palestinian children have been detained by the occupying Power. Moreover, of those Palestinian children arrested or detained, approximately 700 of them under the age of 18 are brought to trial every year through Israeli military courts. The most common charge imposed against Palestinian children is throwing stones at armed Israeli occupying forces and armored army vehicles, a crime that under the occupying Power’s military law is punishable by up to 20 years in prison.

Moreover, data compiled by Defense for Children International-Palestine (DCIP) since January 2015 shows that 86 percent of Palestinian children experienced some form of physical violence during their arrest or interrogation. DCIP has also reported that unlike their Israeli counterparts, Palestinian children have no right to be accompanied by a parent and, in the majority of cases, no access to legal counsel during interrogation. Moreover, ill treatment, including reports of torture, of Palestinian children remains widespread and systematic in the Israeli military detention system.  It is further report that children arrested by Israeli forces arrive at Israeli interrogation centers blindfolded, bound and sleep deprived, according to DCIP documentation. H.E.

Children also continued to report that they were subjected to coercive and violent interrogation techniques intended to extract confessions, including confessions drafted in Hebrew, a language most Palestinian children do not understand. Despite recommendations by the UN Committee against Torture in May 2009 that Israeli interrogations of Palestinian children should be video recorded, no provisions to this effect have yet been enacted.

It is important to recall that the UN Convention on the Rights of the Child defines a “child” as “every human being below the age of eighteen years.” This internationally agreed norm is respected by Israel in regards to Israeli children who commit offenses.  However, for Palestinian children who have allegedly committed offenses against the occupation are tried as adults at the age of 16.  One 16-year-old who knows all too well the illegal practices and policies of the occupying Power is Ahed Al-Tamimi.  She is one of the 490 Palestinians, including 148 children, and 11 women who have been arrested or detained by the occupying Power since 6 December 2017.

On 19 December 2017, Israeli occupying forces violently entered and raided the home of the Al-Tamimi family in the West Bank village of Nabi Saleh.  They did so in the middle of the night while the family was asleep and arrested Ahed.  The reason for her arrest was due to a video that went viral on social media of her encounter on 15 December 2017 with an armed Israeli occupying force who was positioned on her family’s land. When Ahed’s mother, Nariman, attempted to ask the Israeli occupying forces about the whereabouts of her child, she too was detained.  A so-called Israeli military court indicted Ahed on five counts of assault for “attacking” two occupying forces. A final hearing has been scheduled for Ahed on 15 January.

Context is important here. The Al-Tamimi family is well-known in the international arena for their peaceful activism against the Israeli occupation and its crimes against their village of Nabi Saleh. Since 2009, the Al-Tamimi family and the villagers of Nabi Saleh, started a weekly peaceful protest against Israel’s illegal wall and confiscation of land for the purposes of building illegal settlements.  Ahed, at that time was only 8-years-old, as she participated along with her family and community in these peaceful protests. Ahed’s father, Bassem, was born in 1967, the first year of Israel’s occupation of the Occupied State of Palestine, including East Jerusalem.  Like all Palestinians living under occupation, Bassem’s entire life has been marked by daily violence, humiliation and oppression.

In addition to the mental and emotional trauma that her and her family have endured, Ahed has also suffered physical harm at the hands of the Israeli occupying forces.  On different occasions, she has been shot at with rubber bullets and has sustained injuries to her foot, neck and hand during anti-occupation marches in her village. Moreover, her father has also been detained and arrested nine times. On one occasion, during an interrogation, he was beaten so bad that he suffered a concussion that left him in a coma for ten days.   In 2011, Ahed also lost a cousin who had been shot in the face with a tear gas canister fired out the back of an Israeli army jeep.  A year later, Ahed’s uncle died after being shot by Israeli occupying forces.  In addition, her mother was arrested five times and shot in the thigh in November 2014.   Even Ahed’s home, a place where she should feel safe and secure, has been constantly threatened by demolition orders by the occupying Power under the bogus pretext of being “built without a permit.” Lastly, a week before the latest encounter with Israeli occupying forces, Ahed’s cousin, Mohammed Al-Tamimi, age 15, was shot in the face by a rubber-coated bullet.  After being placed in a medically-induced coma, Mohammed is now stable, but has been left with a swollen, fragmented and scarred face.

Clearly, there is nothing normal about Ahed’s life. The same goes for nearly all Palestinian children who witness and endure the same type of tragedies and brutality by a ruthless occupier. Ahed, like all other Palestinian children, yearns to live a life free of occupation and violence; a life where all children should be able to grow up in an environment enveloped in peace and security and with human dignity.

We demand Israel, the occupying Power, to immediately end all its violations and abuses against Palestinian children and to comply with its obligations under international law, including, inter alia, the Convention on the Rights of the Child and its Optional Protocol on the involvement of children in armed conflict. All Palestinian prisoners and detainees, especially children like Ahed, must immediately be released from Israeli detention and prison facilities. There are international standards for the treatment of children and Palestinian children are no exception. The occupying Power must not be appeased as it persists with its flagrant violations and crimes against the Palestinian people.  Rather, Israel must be made to understand that one day it will be held accountable for all of its human rights violations against the Palestinian people and for its unlawful occupation and colonization of their land.  It is high time to end the culture of impunity that has allowed Israel to commit such grave crimes against a defenseless, occupied people for far too long without consequence.

This letter is in follow-up to our 622 previous letters regarding the ongoing crisis in the Occupied Palestinian Territory, including East Jerusalem, which constitutes the territory of the State of Palestine.  These letters, dated from 29 September 2000 (A/55/432-S/2000/921) to 5 January 2018 (A/ES-10/_-S/2017/_) constitute a basic record of the crimes being committed by Israel, the occupying Power, against the Palestinian people since September 2000.  For all of these war crimes, acts of State terrorism and systematic human rights violations being committed against the Palestinian people, Israel, the occupying Power, must be held accountable and the perpetrators be brought to justice.

I should be grateful if you would arrange to have this letter distributed as an official document of the tenth emergency special session of the General Assembly, under agenda item 5, and of the Security Council.

of the State of Palestine to the United Nations