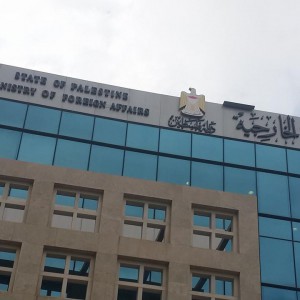 The Palestinian Ministry of Foreign Affairs and Expatriates has repeatedly warned of the colonial project that is targeting the south and south-west of Nablus, originally aimed to establish a large colonial settlement through the development and expansion of roads that’s for settlers only, in particular Route 60, and Route 55; to link between the settlements and the colonial outposts in that area, and to create an infrastructure that would allow the establishment of thousands of new settlement units in the area, which leads to erasing the Green Line, and cut through the occupied West Bank,  in order to prevent the establishment of a viable and sovereign Palestinian state.

The Ministry believes that the statements by Israeli officials in the past few days and the statements by ministers in Netanyahu's coalition, Naftali Bennett, Uri Ariel and others, to build thousands of settlement units in the area, exposes the structure of this expansionist colonial plan that’s prepared in advanced and has been under construction for the past few months. The ministry also asserts that the Israeli government is exploiting the biased US policies biased and other events to accelerate settlements expansion and loot more Palestinian lands.

The Palestinian Ministry holds the Israeli government, full and direct responsibility for the consequences of its settlement plans and its repressive and abusive measures against Palestinians and the collective punishment against the Palestinian villages and towns. It once again warns of its consequences and calls upon the international community to act immediately to provide international protection to our people and to implement the relevant United Nations resolutions, in particular resolution 2334.