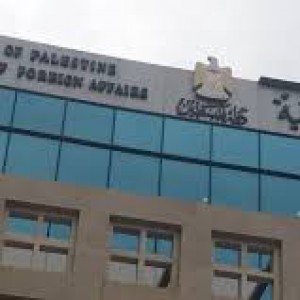 In his speech in the Knesset, US Vice President Mike Pence pledged to open the US embassy in Jerusalem before the end of next year, saying: "President Donald Trump made history and altered a 70-year mistake by recognizing Jerusalem as the capital of Israel." An essential step to help achieving peace.

The ministry affirms that the US Vice President's statement is a Zionist missionary one, which reflects doctrinal concepts full of racism and hatred towards others. The ministry believes that Pence represents Christian Zionism and the missionary evangelical Church, which believes that the return of Christ will not be realized until the State of Israel is established, with Jerusalem as its capital.

As long as this is the religious conviction of Pence, who defines himself as a conservative Christian belonging to the Republican Party’s right wing, Pence believes that by this recognition he has served his religious mission and conviction.

President Trump ‘s decision is not a central issue as a political decision , but as a stance that represents the circle of decision makers in the White House composed of elements belonging to the Christian Zionist movement, and Jewish members advocating extreme right-wing tendencies in Israel and supporting the colonial settlement movement.  This decision is exerted by the Zionist pressure with its Christian dimension, and their relationship to the Holy Land, which is the land of the state of Palestine, denying the existence of the Palestinians who’re  absent from the Christian Zionist missionary and the Zionist expansionist colonial visions.