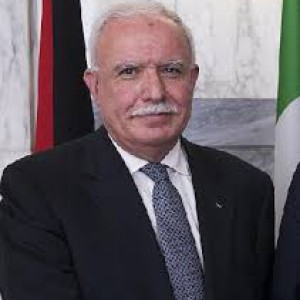 United States ambassador to Israel, David Friedman, attacked the Palestinian Authority regarding the so-called the martyrs and prisoners allowance’s bill. Friedman’s accusations reflected his prejudiced and selective attitude towards the occupation, settlements construction, and the Palestinian just and legitimate national rights. Moreover,   Friedman instead  denied the recent vigorous acts towards the Palestinians such as the assassination of the martyr Ibrahim Abu Thuriya on the border strip in the Gaza Strip and the martyrdom of hundreds of other Palestinian martyrs who were executed by the Israeli occupation forces in cold blood and in front of the media and in broad daylight, and the kidnapping of the child Ahd al-Tamimi and hundreds of Palestinian children and the intimidation and torture of them and their families by the Israeli occupation. Meanwhile, the Israeli police have confessed few days ago the execution of more than 200 unarmed Palestinian citizens without posing any threat to the occupation soldiers, Friedman turned a blind eye to the pain and despair of their families.

The Ministry believes that Friedman's remarks and positions furtherer complicated the road towards the peace process and the resumption of negotiations between the Israeli and Palestinian sides, specifically after President Donald Trump's declaration on Jerusalem. The ministry asserts that Friedman's bias toward racist occupation policies encourages the occupation authorities and the settlers to commit more crimes violating the defenseless Palestinian citizens, their land, their property, their sanctities and their trees. President Trump's announcement on Jerusalem is the main and direct reason for the disruption of American efforts to resume negotiations, which has led to the absence of hope for peace and has brought the arena of conflict into a cycle of instability and tension.