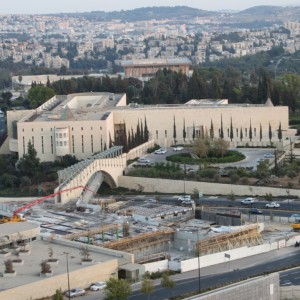 “This bill is a direct blow to the judicial system and constitutes an attempt at depriving Palestinians from any legal appeal. If it becomes law, this dangerous move will limit Palestinian access to Israel’s High Court of Justice; Palestinian victims would be forced to submit their cases to an Israeli district court regarding building and land disputes.

Israel’s ‘Justice’ Minister Ayelet Shaked has made it clear that, with the bill, she hopes to normalize the status of the occupied West Bank as part of Israel and grant its illegal and extremist settler population the same rights as Israeli citizens by allowing them access to standard civil and criminal legal proceedings.

Clearly, this represents another serious step in the creeping annexation of the occupied West Bank. Such legislation would guarantee impunity for Israel’s flagrant violations and war crimes, and would deny the Palestinians their right to seek legal recourse.

As such, this bill is another distortion of Israel’s legal and judicial systems and constitutes a grave violation of the separation of powers. It is also part of a series of proposals and laws targeting the Supreme Court and undermining its powers for political ends.

Being oppressive to the Palestinians can also backfire against the occupier and subvert the body politic as a whole.”