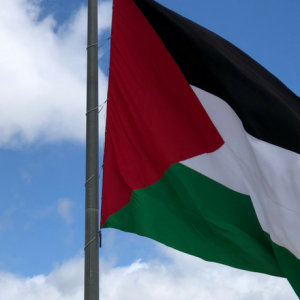 “Australia seems to have succumbed to the U.S. administration’s pressure in compounding the injustice of Israel’s military occupation by punishing its Palestinian victims. This unjustified and cruel move further targets the Palestinians who are already being held captive, while ignoring the persistent violations and war crimes being committed by the Israeli occupation.

The Fourth Geneva Convention of 1949 guarantees the rights of prisoners and the livelihoods of their families and makes clear the responsibility of the party holding the prisoners.

I would like to remind Australian Foreign Minister Julie Bishop that the situation is one of a brutal occupation in which, since 1948, Israel has imprisoned more than one million Palestinians without due process and killed roughly 75,000. Every single Palestinian family has thereby been affected by this longstanding injustice.

It is also disconcerting that the Palestinian leadership is being charged with 'politically motivated violence’ by Foreign Minister Bishop. We have been committed to non-violent resistance and to legal and responsible forms of countering Israeli violations and violence. It is ironic that Israel has not been held accountable for its official and unofficial violence carried out both by its occupation army and its extremist settlers, while the Palestinians are expected to remain docile and subservient victims.

We strongly urge the government of Australia to reconsider its decision and to not embolden Israel in its unilateral and illegal policies. Bringing Israel to compliance with international law and international humanitarian law would be the most constructive action for governments interested in peace and justice.”