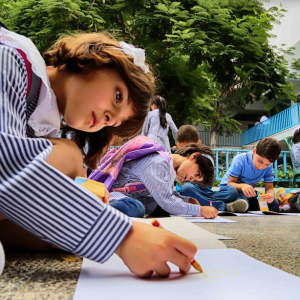 A statement by the P.L.O General Delegation to the United States regarding the administration decision on Tuesday (1/16/2018) to freeze funding due to the United Nations Relief and Work Agency for Palestine Refugees in the Near East (UNRWA), H.E. Dr. Husam Zomlot, head of the Delegation stated that, “Palestinian refugees and children’s access to basic humanitarian services, such as food, healthcare and education is not a bargaining chip but a U.S. and international obligation.”

The statement read that, “taking away food and education from vulnerable refugees does not bring a lasting and comprehensive peace,” warning that, “heeding Israeli Prime Minister Netanyahu’s zero sum game to take Jerusalem off the table and now attempting to dismantle UNRWA, thinking that it would relinquish the rights of Palestinian refugees is a fallacy.” Dr. Zomlot added that, “the rights of Palestinian refugees will not be compromised by a financial decision,” asserting that, “the rights of Palestine refugees are enshrined in international law and UN resolutions sponsored and supported by the U.S., including the establishment of UNRWA in December 1949. Consequently, since UNRWA began its operations, every US administration, from President Truman onwards, has honored the commitment towards the refugee agency.”

The statement ascertains that “it is indefensible that the United States would withhold for Palestine refugees-or any population in need, adding that, “these actions add greater uncertainty to an already volatile situation in Palestine and in the region, and run against the core values of the US and the international system.”

The PLO supports UNRWA’s mission and values international obligations towards to the issue of Palestine refugees. Funding to UNRWA should continue unabated, we urge the United States to continue its commitments to fully fund UNRWA, and to encourage other governments to do the same.