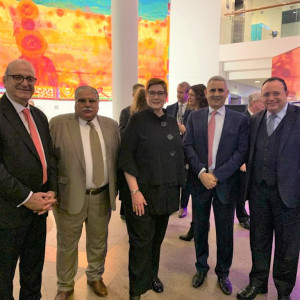 The Department of Foreign Affairs and Trade In Australia (DFAT) organized a gathering to bid farewell to Ms Frances Adamson, Secretary of DFAT, on June 23 at the premises of DFAT.

The Australian Prime Minster and Foreign Minister delivered speeches in which they praised and acknowledged the work of Ms Adamson, her impressive achievements in effectively leading DFAT, and her support to the Prime minster and Foreign minister during her tenure.

Ambassador Abdulhadi participated in the Farewell and spoke briefly with the Foreign Minister about the reconstruction of Gaza and other related political issues. 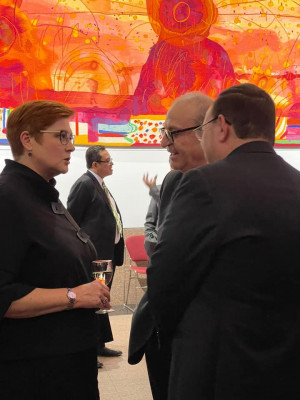