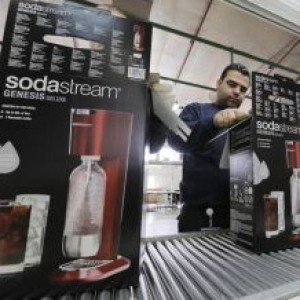 It has long been known that Israel intentionally mislabels products originating from its illegal settlements located in the Occupied Palestinian Territory (OPT). Israel has misled European consumers in order to ensure that its illegal settlements continue to economically thrive from their exports to the EU. After all, the EU is Israel’s first trading partner, with total trade amounting to approximately 30 billion euros in 2014.[1] The mislabelling of products is also symptomatic of Israel’s de facto unlawful extension of its sovereignty over occupied territories and its entrenchment of its colonialist settlement enterprise in the West Bank, including East Jerusalem.

In response to Israel’s non-compliance with EU legislation and in line with the EU’s commitment to international law, on 11 November 2015, the European Commission issued its anticipated Interpretive Notice on indication of origin of goods from the territories occupied by Israel since June 1967. This notice essentially aims to ensure that EU member states correctly implement already existing EU legislation on the indication of origin of products. But most importantly, the notice represents a joint EU measure to comply with its legal obligation not to recognise Israel’s unlawful exercise of sovereignty over the Palestinian territory.  It is with this intention in mind that the Palestinian Human Rights Organisations Council welcomes the commission notice and call for its full implementation by all the EU member states.

For Palestinian human rights organisations, it is however crucial that the EU and its member states understand that correct labelling of settlement products does not relieve them of their legal responsibility to fully prohibit the entry of settlement products into their market. As elaborated on in Al-Haq’s publication Feasting on the Occupation, in response to Israel’s violation of the Palestinian inherent right to self-determination the European member states are under an obligation not to recognise a situation arising from an unlawful conduct as lawful, not to render aid and assistance in maintaining an unlawful situation and to actively cooperate to bring the unlawful situation to an end.  As such, EU member states must not trade in settlement products and allow them into their market. The illegality of the settlement enterprise extends to its products.

PHROC therefore maintains that the EU and its member states cannot leave it to their consumers to decide whether or not they would like to proceed with financially contributing to illegal settlements through the purchase of their products.